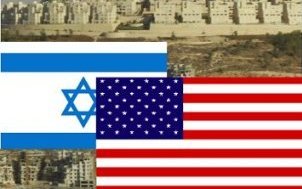 The United States is asking Israel to announce a four-month freeze of settlements activities in East Jerusalem in exchange for pressuring the Palestinian Authority of Mahmoud Abbas to hold direct talks with Israel’s Prime Minister, Benjamin Netanyahu. The U.S demanded Israel to halt all of its settlement activities in East Jerusalem, including all announced constructions in Neveh Yaakov , the French Hill and Ramat Shlomo. The recent announcement of construction on Ramat Shlomo caused tension in U.S-Israeli relations, Israeli daily, Haaretz reported.

White House Press Secretary, Robert Gibbs, stated that the issue of Jerusalem should be resolved in final-status peace talks between Israel and the Palestinians.

The Palestinian Authority of Mahmoud Abbas said it won’t hold talks with Israel while it continues its settlement activities in occupied East Jerusalem.

But now, U.S. officials believe that freezing settlement activities for four months would be sufficient to launch the frozen peace talks.

The Americans say that if Netanyahu agrees to freeze the construction for four months, direct talks between the two sides will be possible.

A forum of seven cabinet minister in Israel held a discussion on the issues and reached the conclusion that the government cannot publically announce the freeze of construction in occupied East Jerusalem, and that an implicit agreement with the United States on this issue could be one of the solutions.

Haaretz, said that this idea would enable Israel to tell the United States that there will be no “plans or implementation of massive construction in East Jerusalem”, thus showing Israel as meeting the demands of the United States and the Palestinian Authority.