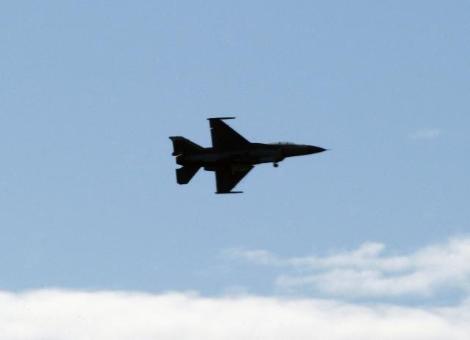 They were identified as Saad Al Arbeed, 4, his sister Malak, 18 months, and Abdul-Rahman Sarsour, 11.

The shelling destroyed the factory and caused damages to a number of surrounding homes, local sources reported.

The army carried three more strikes targeting the area of the former settlement of Ganeh Tal, in Khan Younis, in the southern part of the Gaza Strip. One of the shelled targets is a media center for the Al Aqsa TV, run by the Hamas movement.

The Israeli Air Force also fired two missiles at a police station in Al Nusseirat refugee camp, and at a blacksmith workshop in Al Zawayda area, in central Gaza.

Local sources reported that the Israeli Air Force is actively flying over the Gaza Strip causing panic among the residents and increasing fears of a nearing full-scale offensive.

The bombardment came only one night after the Israeli Air Force dropped leaflets over the central and southern parts of the Gaza Strip informing the residents of a nearing attack.

Israeli political and military leaders said Israel will retaliate to the death and injury of a number of soldiers during an attack carried out by the resistance against the military base last Friday.

Shortly after midnight, early Friday morning, Israeli jets fired three missiles in the area of evacuated settlements along the Gaza coast, and fired one missile at a milk factory in al-Sabrah neighborhood in Gaza City.

The factory was completely destroyed, and nearby homes were damaged. Two Palestinian children were injured by debris in that attack. A Palestinian police mobile operation center was targeted by a missile in central Gaza.

At the same time, Israeli airplanes dropped missiles on two caravans near Khan Younis, in the southern Gaza Strip. Israeli helicopters dropped two missiles in the refugee camp of Nuseirat, in central Gaza. No casualties were reported in those attacks.

The midnight attacks took place just hours after Israeli aircraft dropped leaflets throughout Gaza declaring that there would be ‘retaliation’ for the two Israeli soldiers who were killed last week while invading the Gaza Strip.

After the leaflets were dropped, one Palestinian homemade shell was fired across the border from Gaza into the Israeli desert, causing no casualties or damage.