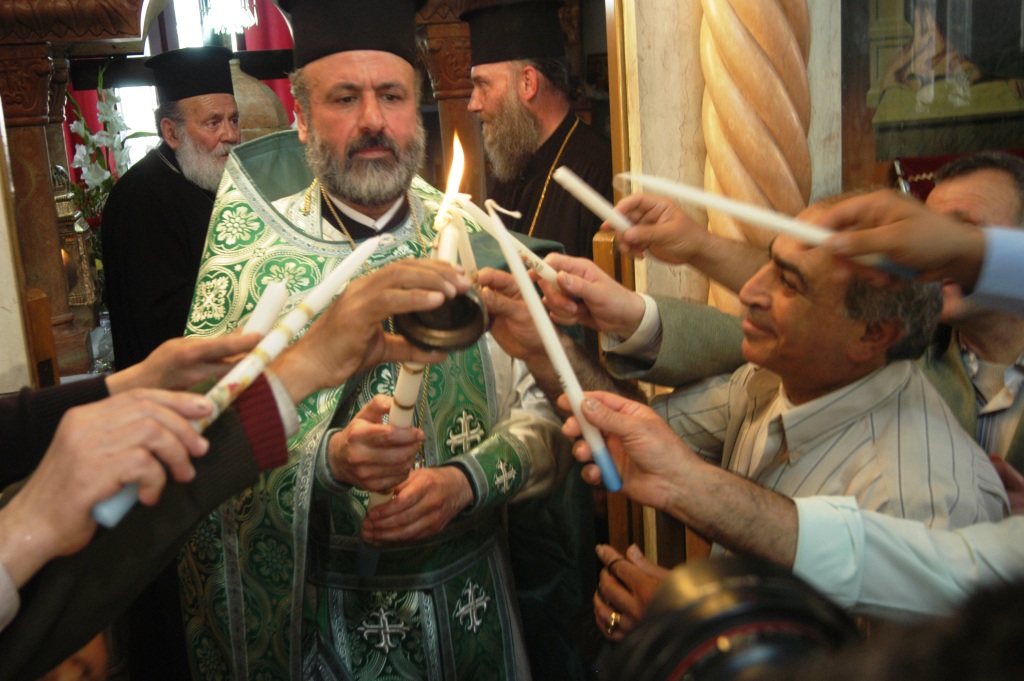 Hundreds of Palestinian Christians at the southern West Bank town of Biet Sahour near Bethlehem marked Holy Saturday.
The festivities started as scout bands played music and marched throughout the streets of Biet Sahour. People of the town waited for the light to come from the church of the Holy Sepulcher in Jerusalem.

Today Israel deployed thousands of police officers in the Jerusalem’s old city and around it. Police allowed only limited number of people to the church of the Holy Sepulcher casting a shadow over the festivities in Jerusalem.

By early afternoon hours the light arrived from Jerusalem to the town of Beit Sahour. Palestinian Prime Minster Salam Fayyad joined the town residents as they headed with the light to the local Greek Orthodox Church.

At the church, a number of speeches were made by local community leaders, the Mayor of Beit Sahour, Hanni Al Hayik and Father Issa Muslih. Father Muslih in his speech reaffirmed the right of Palestinians, Christians and Muslims, in Jerusalem.

As Palestinian Christians numbers are deteriorating as result of immigration, the town of Biet Sahour is one of the few Christian majority towns left in the West Bank. Commentators mainly blame the Israeli occupation for high immigration percentages in the Palestinian territories.