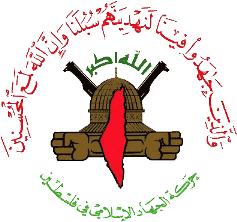 The Islamic Jihad Movement in Palestine called for kidnapping Israeli soldiers in order to trade them with Palestinians imprisoned by Israel.The movement added that capturing soldiers is the only option to end the file of the Palestinian detainees and ensure their release from Israeli prisons.

Khalid Al Batsh, a political leader of the Islamic Jihad, stated that all options to ensure the freedom of Palestinian detainees are legitimate.

His statements came during a Sunday protest in front of the Red Cross in Gaza city.
Al Batsh called for considering the file of the detainees as a top priority as they are subjected to ongoing violations and attacks.

He further called for achieving unity between all factions, and stated that the Palestinian factions will never abandon the issue of the detainees, and will act for their release.

The protest comes parallel to a strike declared by the detainees in Israeli prisons.

The detainees decided to strike by not having visitations during the month of April, and also decided to hold hunger strikes on April 7, 17 and 27.

They stated that their strike comes in protest to the Israeli violations against them and their visiting family members, as the soldiers violate the rights of the families and conduct provocative searches against them.

Dozens of women were not allowed to visit their detained family members after refusing to be subjected to naked body searches.