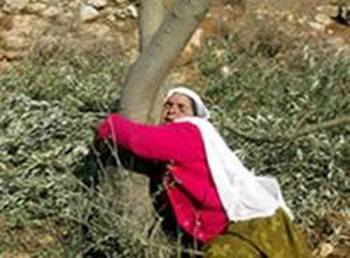 A group of extremist Jewish settlers uprooted on Thursday 15 Olive trees in Wadi Qana area, north east of Dir Estia, near the central West Bank district of Salfit.Head of the Dir Estia city council, Nathmi Salman, told the Palestine News and Information Center, WAFA, that the Olive trees belong to resident Nasser Mansour, and are located in an area that’s frequently attacked by the settlers.

Settlers previously uprooted trees that belong to the resident and to several others residents and also destroyed an electric generator used for pumping irrigation water .

In related news, Israeli soldiers arrested Thursday Samir Mansour, 19, after breaking into his home in Dir Estia, and took him to an unknown destination.

The mayor, Salman, said that the attacks are part of ongoing attacks carried out by the soldiers and the settlers, and that such attacks witnessed a sharp increase this past week.