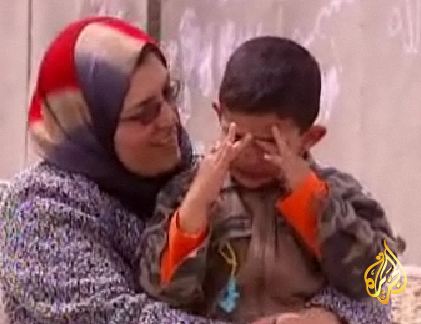 The Israeli government is set to start the implementation of a new order that would lead to the expulsion of thousands of Palestinians, and even internationals living in the West Bank. Gazans living the in West Bank will be considered illegal and would be expelled. The order mainly targets Gaza Strip residents living in the West Bank, some since many years, but were not granted West Bank identity cards or residency permits.

The Israeli government decided to start the implementation of the new decision on Tuesday.

Israeli daily, Haaretz, said that the order to ambiguous as it is using the term ‘infiltrator’ to describe Palestinian residents of Jerusalem, citizens of other countries and even citizens of countries that have ties and strong relations with Israel such as the United States.

It also gives the army the power to decide who gets to stay and who will be forced out.

Yet, the main targets are Palestinians who hold Gaza ID cards, and the foreign spouses of Palestinians living in the West Bank.

Although Israeli courts previously managed to overrule such expulsions ordered by the military, the new law will grant the Israeli occupation forces a full jurisdiction over the issue.

Israeli human rights groups, Hamoked, which focuses on the freedom of movement, called on the Israeli army to rescind the order.

The group said that most of the people who are now living in the occupied West Bank were never required to have a permit.

It added that using the term “infiltrator” in this context, could in principle even be applied on Israelis and internationals.

Chief Palestinian Negotiator, Dr. Saeb Erekat, described the Israeli decision as an act of ethnic cleansing against dozens of thousands of Palestinians.

He added that this is another Israeli violation and escalation, and that he sent letters to the U.S. Administration and the European Union, the United Nations and Russia.

Fateh Central Committee member, Nabil Shaath, also stated that this is “yet another episode of the ethnic cleansing of the Palestinians”.

The Hamas-led government in Gaza also slammed the decision and called on its rival Fateh movement to halt all talks with the occupation.

The main targets of this decision are Gazans, any person who has one parent or both from Gaza, Palestinians who lost residency rights due to Israeli “laws”, and internationals married and living in the West Bank.

It even includes Palestinians from Gaza who moved to the West Bank and were granted family reunification in recent years.

This is in addition to Palestinians from Jerusalem but living in the West Bank and even applies to citizens of countries that have strong ties with Israel such as the United States, and even Jews who chose to love among the Palestinians.