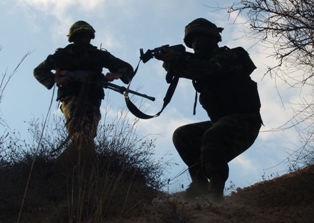 Medics are searching the area after receiving information that other residents might have been killed and wounded in the clashes.

The Israeli army opened fire at the Palestinian medics while trying to vacate the slain resident and the three wounded.

The Al Quds Brigades, the armed wing of the Islamic Jihad, said that its fighters clashes with the invading forces while trying to invade the camp.

The Brigades added that its fighters will counter any Israeli attacks and violation and stated that armed resistance is the strategic option to liberate the country.