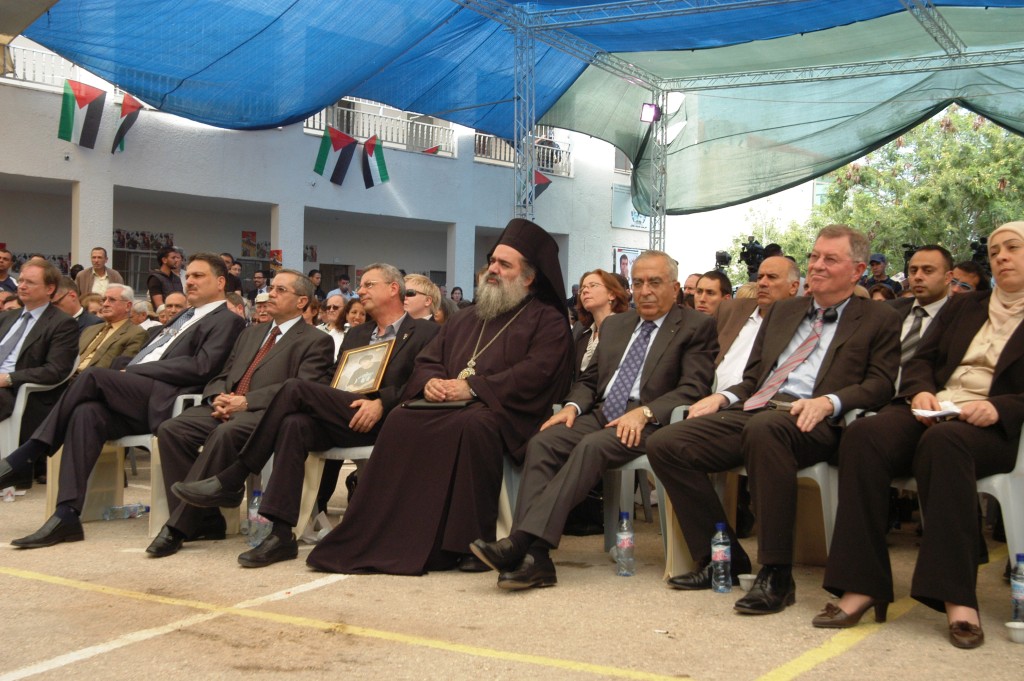 Hundreds of Palestinians along with international and Israeli delegates started on Wednesday the fifth annual conference on popular resistance in village of Bil’in near the central west Bank city of Ramallah.In addition to Palestinian ministers, European Union, and United States officials joined the opening of the conference. Bil’in is site of weekly nonviolent protest against the wall and settlements for the past five years.

Palestinian Prime Minister Salam Fayyad, who spoke at the opening ceremony emphasized his support to the nonviolent popular struggle in the village of Bil’in and other locations in the West Bank. Fayyad reiterated the Palestinian demands of freedom and justice. He concluded his speech by thanking all those who came from different parts of the world to join the Palestinians on this day.

Eyad Burnat, chair of the local committee against the Wall and settlements in Bil’in and one of the organizers of the conference told IMEMC that he was surprised of the number of foreign official delegations who joined the conference.

In September 2007, following lengthy legal proceedings and non-stop resistance by the villagers and their supporters, the Israeli high court ruled to shift the wall from its planned route in a manner that will retrieve half of the land confiscated by the Israeli military.

Since the start of the Bil’in village protests five years ago Israeli and international supporters have joined the residents’ struggle.

Michael Warschawski an Israeli political activist attending the conference told IMEMC ”it is natural to join the conference we come and take part every week in the struggle against the wall.”

Bil’in’s conference will end on Friday with the regular weekly protest, last year the military killed Bassem Abu Rahma, a local activist during one of those protests.

Abu Rahma was killed when a gas canister fired by an Israeli soldier that hit him directly in the chest at a short range.