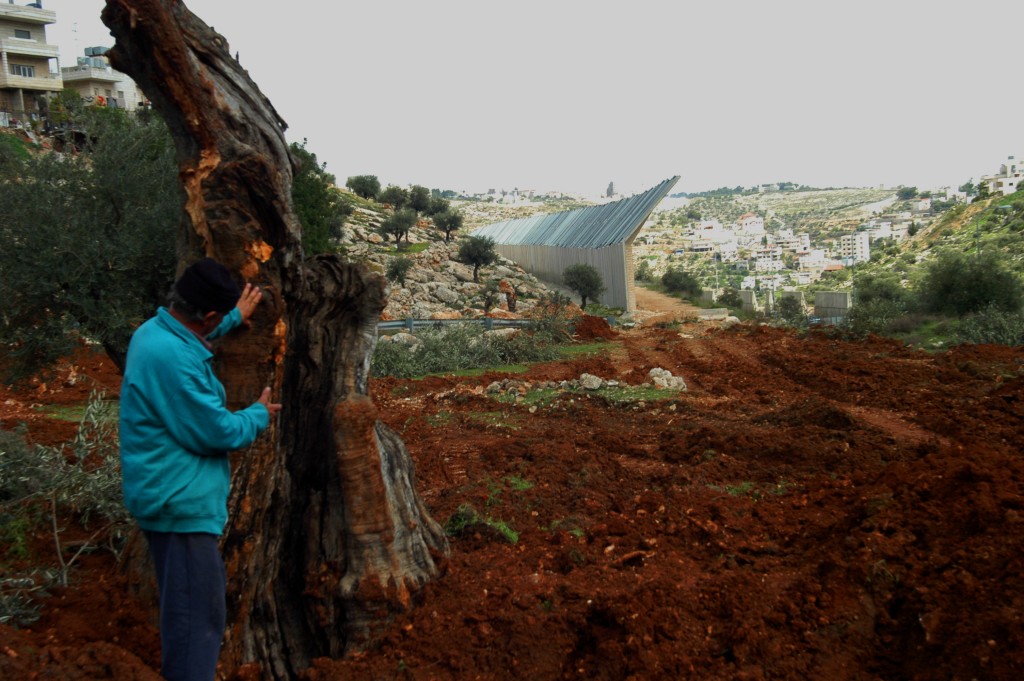 Two Palestinian civilians were injured, one international peace activist detained on Thursday as Israeli troops used batons to suppress wall construction protesters at the town of Beit Jala near Bethlehem southern West Bank.
Home-owners along with Israeli and international supporters gathered to stop Israeli military bulldozers from cutting down olive trees to make way for the Wall.

Israel announced its plans for this section of the wall back in 2006. Residents and the Municipality of Beit Jala went to court to challenge the legality of the wall and were still waiting for a decision when construction started last month. The lawyer managed to halt the work then and renewed the halt order two weeks ago bending a court ruling.

Beit Jala town, a superb of West Bank city of Bethlehem city, used to cover 4200 acres of land. Because of settlements and their roads the town currently covers only 1000 acres of lands.

The new section of the wall in Beit Jala will surround a nearby settler only road and destroy around 75 acres of land owned by residents. The wall will pass right through the front door of 35 families and destroy olive trees dating back to the Roman Era.

In 2004 the International Court of Justice in The Hague announced that the Israeli wall built in the West Bank is illegal.