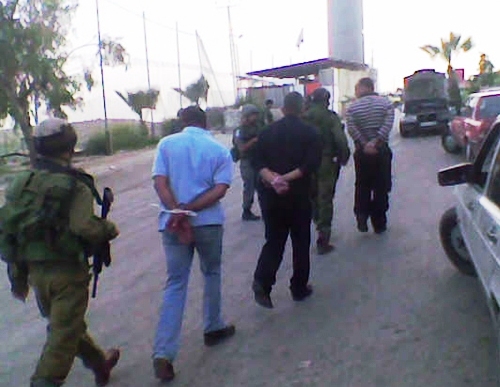 Local sources reported invasions at the city of Jenin, and nearby villages, troops detained three men during the invasion.

Another six Palestinian teenagers were taken by soldiers during house to house search targeting the village of Azon near Qalqilia, also northern West Bank.

Three men and three teenagers were detained by troops during a morning military raid targeting the village of Taqua near Bethlehem, southern West Bank.

The army radio announced that all 15 detained on Thursday were taken to military detention camps for questioning.