Responding TO Israeli Threats; Syria Says It Can Strike Israel With Hundreds Of Missiles 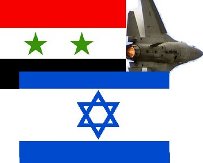 After an Israeli official stated that “Israel can send Syria to the Stone Age”, a Syrian official told Manbar Al Rai paper in Kuwait, that Syria can send Israel to a “prehistoric era” should it try to attack Damascus. The official said that should Israel use unconventional weapons against the country, Syria will respond with the same level of violence.

The statements came responding to an Israeli minister who said that Israel would send Syria to the “Stone Age” should the Lebanon-based Hezbollah party, fire ballistic missiles at the country.

The official said that his country managed to upgrade its military power, and is prepared to counter a number of scenarios should Israel attack Damascus.

Israel and Syria never had a direct military encounter since the 1973 war, yet talks of war and “retaliation” resumed as Israel is demanding the international community to impose sanctions on the country for its relation and support with Hezbollah.

The Syrian official said that one of the scenarios of war with Israel is a broad combat along the border, including the occupied Golan Heights.

He stated that his country can fire 60 ballistic missiles deep into Israel “should it try or dare to undermine the Syrian sovereignty”. He further stated that Damascus can fire 600 short-range tactical missiles in one day, and that should war break out, Syria can attack Israel’s coastline.

Yet, the official did not comment on Israeli claims that his country is transferring scud missiles to Hezbollah.

Israel and the United States label Syria and Iran as part of the so-called “Axis of Evil” in the Middle East. Israel leaders are “strong advocates” of war or at least very tight sanctions on Iran and Syria.

Israel, a nuclear power itself, claims that Iran is enriching uranium and is about to develop nuclear weapons. Iran says its nuclear program is peaceful and that is not developing nuclear weapons.