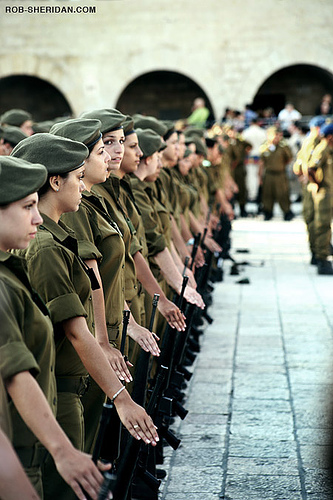 In the third incident of forced removal by Israeli troops since the new regulation was implemented, Israeli troops abducted and forcibly removed 19-year old Fadi Al-Gharazmeh from the southern West Bank city of Hebron, and sent him to Gaza.Al-Gharazmeh was abducted while working at the city market in Hebron, according to local sources, and taken to the Israeli detention center known as Ofar before being shipped to the Gaza border.

In the case of Fadi Al-Gharazmeh, although the young man was born in Gaza, he had lived with his family in the southern West Bank for almost his entire life.

Al-Gharazmeh refused to adhere to the Israeli order, and joined a sit-in at the Israel-Gaza border, housed in a small tent. The sit-in was started by Ahmad Sabah, who was released from prison a few days ago and forcibly removed to Gaza by Israeli forces, despite the fact that his family and life afre in the West Bank.

The new Israeli military has the potential to tear apart tens of thousands of Palestinian families, and is in direct violation of Israeli commitments under the Oslo peace agreement of 1993. and under Israel’s obligation as a military occupier of all Palestinian land.