Soldiers Level A Mosque Near Rafah 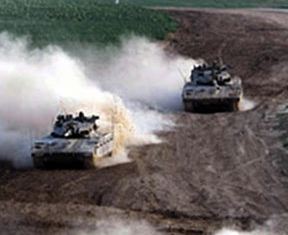 Israeli soldiers invaded on Tuesday at dawn an area in Rafah, in the southern part of the Gaza Strip, leveled the Al Dahniyya mosque and uprooted farmlands.Local sources reported that the mosque was leveled to the ground after several armored military vehicles and bulldozers invaded Rafah.

Also on Tuesday at dawn, a group of fundamentalist settlers torched the main mosque of the Al Lubban Al Shariyya village, south of the northern West Bank city of Nablus.

The settlers attacked the mosque approximately at 3 A.M., rounded up several copies of the Holy Koran in one place and set them ablaze.

The fire caused excessive damage to the property of the mosque, including its ceiling, its fans and walls.