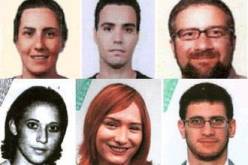 The police in Dubai managed to name five more persons suspected of involvement in the assassination of a senior Hamas leader, Mahmoud Al Madbouh, who was killed at his hotel room in Dubai on January 20, the Al-Arabiyya TV reported Friday. With the naming of this suspect, the number of total suspects arrives to 32. Two of the newly identified suspects traveled using British passports, two held French passports while the fifth, a woman, carried an Australian passport.

The International Police Agency, Interpol, has already issued arrest warrants targeting 27 suspects, who are also wanted by Dubai for the assassination of Al Madbouh.

Israel claims Al Madbouh, founder of the Al Qassam Brigades of Hamas, is involved in the abduction of killing of Israeli soldiers.

The Authorities stated that an investigation is undergoing to establish the accuracy of the reports, Al-Arabiyya reported.

The government denounced what it called the abuse of Australian passport and said that it is in close contact with the investigators in Dubai.