Israeli Legislator Submits A Proposal For A Palestinian State in Jordan 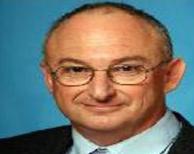 Israeli Legislator, Aryeh Eldad, member of the National Union fundamentalist party, asked the Israeli Knesset to discuss a proposal he submitted regarding establishing a Palestinian state in Jordan. Eldad initially filed his proposal in May of last year and the Knesset agreed to transfer the file to the Knesset’s The Foreign Affairs and Defense Committee.

He demanded that the security committee should discuss the issue but head of the Parliamentarian Committee, Tsahi Hanegbi of the Kadima Party, refused to respond to Eldad’s request.

Israeli paper, Yedioth Aharonoth, reported Sunday that Hanegbi presented his “solution” to the conflict by a two-state solution that suggests establishing a Palestinian State in Jordan and a Jewish state in all parts of the West Bank and Israel.

The paper added that Hanegbi informed Knesset head, Rovin Livlin of the Likud Party, that he would allow this issue to be presented next year.

But according to the Israeli Law, Eldad has the right to appeal the decision of Hanegbi and can even file an appeal to the High Court of Justice.