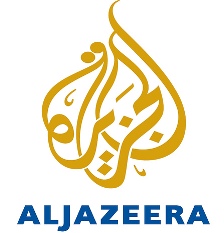 The Qatar-based al-Jazeera news agency expressed shock and disbelief over a decision by authorities in Bahrain, temporarily shunning its work in the country after it broadcasted a report on poverty in Bahrain.The government said that the work of al-Jazeera was stopped as “it does not have an office in the country”.

Al-Jazeera said that its policies and professional standards oblige it to report on sensitive issues and that it will always be committed to its policies of freedom of expression and of fair and balanced reporting.

The government in Bahrain said that this measure is temporary, and that it will allow the broadcast to resume after signing an agreement that specifies the relation between the Ministry of Information and the agency.

On Tuesday, Bahrain prevented al-Jazeera crew from entering al-Manama to record an interview with a United Nations official.

The new order even prevents al-Jazeera reporter in the country, Hasan Mahfouth, from carrying any media activities.

Al-Jazeera was previously prevented from reporting from Bahrain, and resumed its work by the end of 2007.