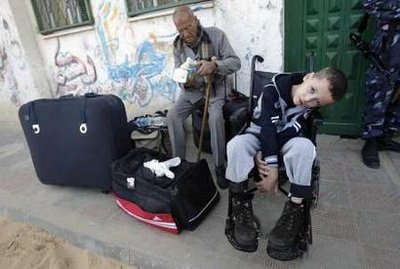 In the West Bank, on Thursday evening, 13 May 2010, a Palestinian child was killed by an Israeli settler near Ramallah. According to investigations conducted by PCHR, at approximately 17:30 on Thursday, 13 May 2010, 4 Palestinian children, including 16-year-old Aysar Yasser Fawaz al-Zeben from al-Mazr’a al-Sharqiya village, went to al-Bayada area, approximately 50 meters from the Ramallah – Nablus road. At approximately 19:30, the four children threw stones at an Israeli car. The car immediately stopped. An Israeli settler exited the car and fired 14 to17 bullets at the children. The children fled into different directions. At approximately 21:00, 3 of the children met in the village. They called al-Zaben on his mobile phone, but he did not answer their call. They immediately began to look for him. At approximately 21:30, a number of residents of the village went to search for him, and at approximately 22:00, they found his body. They transferred the body to Ramallah Hospital. According to medical sources, the child was hit by a bullet to the back.

During the reporting period, Israeli forces conducted at least 8 military incursions into Palestinian communities in the West Bank. Israeli forces abducted 15 Palestinian civilians, including a child. They also abducted 12 civilians, including 10 human rights defenders and a journalist, during peaceful demonstrations against the construction of the annexation wall and settlement activities.

During the reporting period, Israeli troops stationed in the center and south of Hebron stormed and searched the office of municipal inspectors in al-Gazzazin area in the old city of Hebron. They confiscated the keys to the office and forced its staff out. Municipal inspectors are unarmed police officers in charge of maintaining public order.

Israeli forces have continued to take measures aimed at creating a Jewish demographic majority in Jerusalem. On 13 May 2010, Israeli forces stormed a tent set up by the Salah family in Beit Safafa village. Israeli forces had forced the 50-member family to evacuate their homes in the area, purportedly in implementation of an Israeli court ruling in favor of Israeli settlers. They dismantled the tent, claiming that it was set up without permission from the Israeli Municipality of Jerusalem.

Israeli forces have continued arbitrary measures against members of popular committees against the annexation wall and settlement activities.

During the reporting period, Israeli forces used force against peaceful demonstrations organized by Palestinian civilians and international and Israeli human rights defenders in protest against the construction of the Annexation Wall and settlement activities. Two Palestinian civilians were wounded, and others sustained bruises or suffered from tear gas inhalation.

Following the Friday Prayer on 14 May 2010, dozens of Palestinian civilians and international and Israeli human rights defenders organized a peaceful demonstration in protest of the construction of the Annexation Wall in Bil’ein village, west of Ramallah. The demonstrators moved toward the Wall and attempted to access annexed lands behind it. Immediately, Israeli troops fired rubber-coated metal bullets, sound bombs and tear gas canisters at the demonstrators. As a result, dozens of demonstrators suffered from tear gas inhalation, and some of them sustained bruises. Israeli troops further abducted ‘Alaa’ Abu al-So’ud, 25, a cameraman of al-Arabiya Satellite Channel, but released him in the evening.

Also following the Friday Prayer on 14 May 2010, dozens of Palestinian civilians and international and human rights defenders organized a peaceful demonstration in Ne’lin village, west of Ramallah, in protest of the construction of the Annexation Wall. They clashed with Israeli forces troops positioned near the Wall. Israeli forces troops fired rubber-coated metal bullets, sound bombs and tear gas canisters at demonstrators. Dozens of demonstrators suffered from tear gas inhalation, and other sustained bruises.

At approximately 13:30 on Saturday, 15 May 2010, dozens of Palestinian civilians and international human rights defenders organized a peaceful demonstration in the center of ‘Iraq Bourin village, south of Nablus. They moved towards the eastern and southern parts of the village, where Israeli forces plan to confiscate land near ‘Brakha’ settlement. Immediately, Israeli troops fired rubber-coated metal bullets and tear gas canisters at the demonstrators. As a result, a number of demonstrators suffered from tear gas inhalation.

At approximately 15:00 on Saturday, 15 May 2010, the Youth Consortium against Settlements in Hebron organized a peaceful demonstration in protest of the continued closure of al-Shuhada Street in the center of the town, and in commemoration of 62nd anniversary of the Palestinian Nakba (the uprooting of the Palestinian people from their land in 1948). The demonstration, which a number of international solidarity activists participated in, stopped near the ‘Beit Rumanu’ settlement outpost. Israeli troops attacked the demonstrators and abducted Fadi Mohammed Saleh, 28. They released him at 22:30 on a bail of 1,500 NIS.

On Sunday morning, 16 May 2010, dozens of Palestinian civilians and international and Israeli solidarity activists organized a peaceful demonstration in Beit Jala. They moved toward areas of Palestinian land in the north and northwest of the town, protesting against land leveling being carried out by Israeli forces there for the purpose of the construction of a section of the annexation wall. Israeli troops attacked the demonstrators and dispersed them. Two international solidarity activists suffered from tear gas inhalation and Israeli troops abducted 8 others.

On 15 May 2010, Israeli troops stationed at the border between the Gaza Strip and Israel, to the east of the Bedouin Village, opened fire at a number of Palestinian workers who were gathering bricks and construction aggregate from the site of the former Israeli settlements of ‘Elli Sinai’ and ‘Nissanit.’ As a result, one worker was wounded.

On 18 May 2010, Israeli troops stationed at the border between the Gaza Strip and Israel fired at a peaceful protest organized by Palestinian civilians and international solidarity activists against the establishment of a restricted buffer zone along the northern and eastern border of the Gaza Strip. No casualties were reported.

Israel has continuously closed all border crossings to the Gaza Strip for over two and a half years. The illegal Israeli-imposed siege of Gaza, which has steadily tightened since June 2007, has had a disastrous impact on the humanitarian and economic situation in the Gaza Strip.