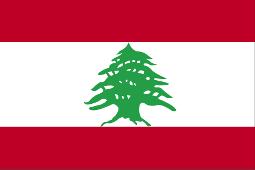 A senior Lebanese security source reported that the Lebanese security forces managed to uncover and dismantle 22 spy networks working for Israel. The sources added that the security forces managed to uncover most of the spy networks working in the country, and that only a few are currently active but will be uncovered by the country and apprehended.

The arrests were carried out a the fruit of collaboration between the security services, the military intelligence and other government devices.

Lebanon said that it is determined to uncover all spy networks to make sure Israel has no spies working in the country.

Earlier this month, the Lebanese army officer was charged of spying for Israel and the military prosecutor demanded the death penalty.

The officer, Ghazwan Eid Shahin, became the third military officer to be indicted on charges of spying for Israel and “presenting information to enemy intelligence service.”

He will be tried at a military court and the court date is yet to be announced.

Dozens of Lebanese citizens have been arrested by the Lebanese security forces since January on 2009, some of them are retired army officials and policemen.

In February of this year, a Lebanese Internal Security Officer received the death sentence by a military court after he was convicted of collaboration with the “enemy”.