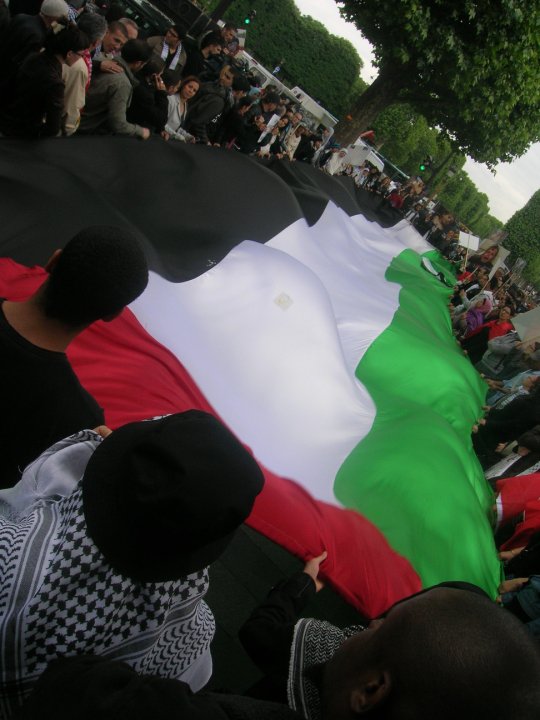 Hundreds of protests were organized Monday calling on the world’s governments to hold Israel accountable for its unprovoked attack on the humanitarian convoy attempting to saild to Gaza.10,000 people gathered in Istanbul and tried to storm the Israeli consulate. Turkish protesters say they believe that most of the killed are Turkish because the ship raided by the Israel military was from Turkey.

At a protest at Qalandiya checkpoint in Jerusalem today, an American activist lost her eye when Israeli forces fired a tear gas canister directly at her face. Emily Henochowicz is currently being treated in a Jerusalem hospital for the injury.

Thousands of Palestinians took to the streets in Jerusalem, Ramallah, Nablus, Bethlehem and other cities in the West Bank, where they were met by Israeli forces firing tear gas and other weapons considered nonlethal by the Israeli military.

Tens of thousands of demonstrators marched through the streets of Paris, carrying a huge Palestinian flag and chanting ‘End the siege on Gaza.’

In the United States, protests began Monday morning and are continuing as of the time of this writing in most major cities, including New York, Washington DC, San Francisco, Houston, Seattle, Boston, Dallas, Atlanta and Portland.