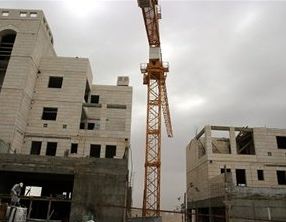 The Israeli government approved, on Wednesday, evening the construction of additional 625 units in Pisgat Zeev settlement in occupied East Jerusalem. The so called Regional Construction Committee decided to approve the construction plan, that was originally approved by the Israeli Interior Ministry more than two years ago, but the initiators of the construction project were asked to conduct some modifications that were concluded recently.

Since the temporary settlement freeze expired on September 25, Israeli settlers started the construction of more than 1,300 units in East Jerusalem settlements, and additional 1,000 units in the West Bank.

The new declaration comes shortly after Palestinian president, Mahmoud Abbas, stated that he is expecting an American response regarding efforts to have Israel reinstate settlement freeze this Thursday.

Abbas said that should Israel insist on resuming settlement activities, the Palestinians will have to look for other alternatives as resuming peace talks would not be an option.