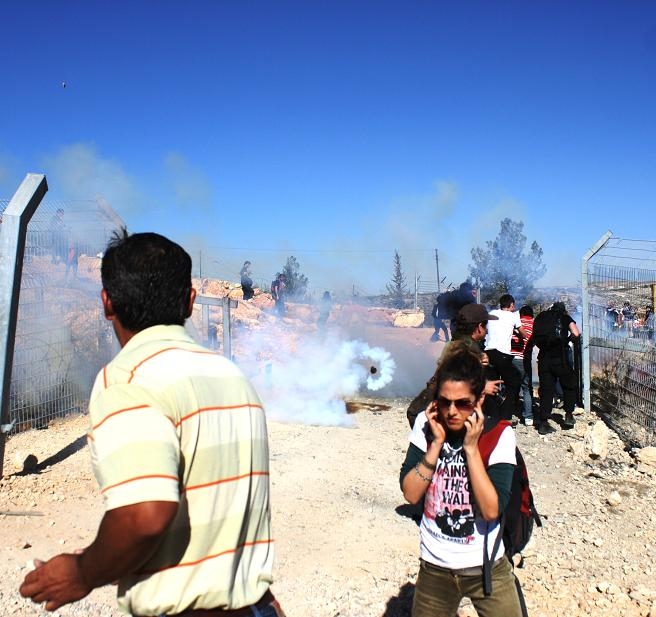 On Friday, dozens of people suffered tear gas inhalation during the weekly nonviolent protests against the wall and settlements in Bil’in, west Ramallah; no arrest were reported.Like every week, Israeli and international peace activists joined village residents after the midday pray towards the military fence. Also, a French traveler came to Bil’in by bicycle as a sign of solidarity against the Occupation.

The participants chanted slogans, calling for national unity, freedom for political prisoners, as well as end of the Occupation and the construction of the Wall.

As soon as the crowd reached the fence, the Israeli soldiers threw tear gas, sound bombs and rubber bullets. As a result, dozens of people were treated for the effects of tear gas inhalation. In addition, some olive trees were burned.

The protest also echoed the released of prisoner Mohammed Abu Rahma, aged 16, who was arrested last week, after paying a deposit of NIS 8000.

His father, Abdallah Abu Rahma, leader of the nonviolent popular resistance movement, is in Israeli detention since July 2009.