Peres: ‘Israel Does Not Tell Spain How to Resolve its Problem of Terrorism’ 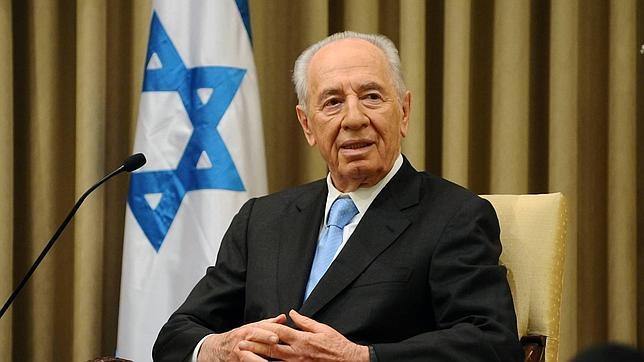 During a meeting with Spanish media covering the Israeli-Palestinian conflict, the Israeli President Simon Peres stated, on Sunday, that peace negotiations are ‘still half way’ and added that ‘any deal would be better than not to reach any agreement.’Peres also declared that a peace agreement must include clear lines on the Israeli settlements and the Palestinian borders as, in his opinion, these are the main subjects in order to achieve peace. However, he did not make clear a solution for Jerusalem and he refused to talk about the internationally guaranteed Right of Return of the Palestinian Refugees.

In addition, the right-wing politician declared that ‘it would not be honorable if the PA declared a Palestinian state unilaterally,’ and added that the Palestinians have to negotiate the borders with Israel.

The Israeli President further stated that negotiations must be kept private. ‘Political agreements have to be made between administrations, otherwise, the press and the public opinion influence the deal,’ he added.

With regard to Iran, Peres stated that ‘the Iranian regime wants to corrupt the Palestinians and sends weapons to Hamas,’ and stressed that governments worldwide should not meet with Ahmadineyad, because ‘values are more important than money.’ However, he added that Israel will not monopolize the problem with Iran. ‘This is not only Israel’s problem, Iran is a global threat,’ the Israeli President declared.

Peres also claimed that the Israeli cabinet does not understand the criticism they receive from Europe and especially from Spain with regard to the illegal settlement construction and the Gaza blockade.

‘We believe our defense is justified, we have no other choice. The same happened with the incident of the flotilla. If Europe wants to stop the blockade, why does not call on Hamas to stop firing? Israel does not tell Spain how to resolve its problem of terrorism. This is our business and everyone gives their opinion,’ Peres concluded.

The meeting comes shortly after the Israeli government has started adopting measures in order to improve its international image, especially in Europe.

According to English media, the Israeli foreign ministry has called on 10 of its embassies in Europe to begin an advocacy campaign for Israel, starting with recruiting 1,000 public members, such as Jewish or Christian activists, academics, journalists and students, who should be willing to send positive messages about Israel to the general public.

This new policy comes when the cultural and economic boycott campaigns against Israel’s Occupation in Palestine, led by the Boycott, Divestment and Sanctions movement, are gaining importance in Israel and worldwide.