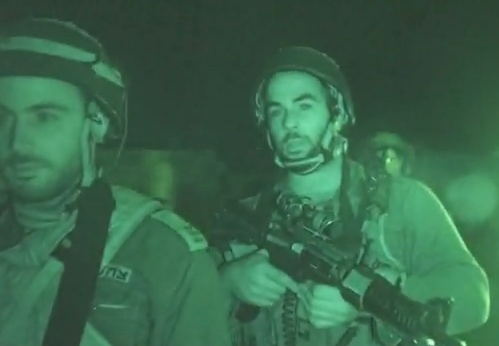 A series of Israeli military raids that were held during Sunday night and Monday morning in the area of Ramallah, concluded with six Palestinian residents detained, PNN reported.The detainees have not been identified as the Israeli military conducted the raids in the middle of the night and left before daylight, local sources in Ramallah declared.

In addition, in a village near the city of Tubas, northern West Bank, Israeli authorities threatened 12 Palestinians with the demolition of their homes, livestock and lands, because, according to the soldiers, they have no license. Police warned the residents to evacuate their homes soon and move into camps, local sources reported.

The Israeli soldiers entered into the village of Bardaleh pretending to be representatives of the Israeli Department of Licensing and Building.

Meanwhile, in the Northern area of Gaza Strip, eyewitnesses reported that three doctors, Umya Asaf, Karem Eid, and Abed Halwa were abducted on Sunday evening by a Hamas militia. There is currently no information as to where they have been sent.