New Religious Ruling to Forbid Rental of Homes to Arabs 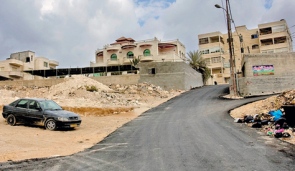 Dozens of top Israeli rabbis have signed on to a new ruling that would call on Jews not to rent homes to Arabs, Haaretz claimed.The religious ruling comes few months after a call signed by a group of 18 prominent rabbis, including the chief rabbi of Safed, which urged Jews to not rent or sell property to non-Jews.

Amongst those who signed on to the new ruling are the chief rabbis of Ramat Hasharon, Ashdod, Kiryat Gat, Rishon Letzion, Carmiel, Gadera, Afula, Nahariya, Herzliya, Nahariya and Pardes Hannah, and other cities.

Most of the signatories are from Safed, a city with an increasing number of Arab students enrolled at the town’s local college. The chief rabbi of Safed, Shmuel Eliyahu, the most prominent one to sign the call, has been criticized in the past for his inflammatory remarks against the Arab population.

Signatories of the ruling also appealed to the religious community to support Eliyahu, who could be tried for incitement against Arabs. Minority Affairs Minister, Avishay Braverman, has asked Justice Minister, Yaakov Neeman, to begin the process of suspending Rabbi Eliyahu immediately from his post of municipal rabbi, a position paid by public funds. ‘Moreover, as an appointee of the state, the rabbi is obligated not to work against it. His continued incitement against the Arabs in the Galilee does not serve the needs of the state,’ Braverman stated.

The rabbis’ call, initially published a few months ago and reprinted in October, demands Jewish property owners to reconsider renting their apartments to Arabs believing that it would deflate the value of their houses as well as those in the neighborhood.

‘Their way of life is different than that of Jews…Among [the gentiles] are those who are bitter and hateful toward us and who meddle into our lives to the point where they are a danger.’ the letter says.

The rabbis’ ruling also calls on neighbors of anyone renting or selling property to Arabs encouraging them to deliver warning notices to the general public and inform the community.

The ruling reads to that effect: ‘The neighbors and acquaintances [of a Jew who sells or rents to an Arab] must distance themselves from the Jew, refrain from doing business with him, deny him the right to read from the Torah, and similarly [ostracize] him until he goes back on this harmful deed.’

In May, the Anti-Deflamation League condemned Rabbi Eliyahu’s controversial call against selling or renting apartments to Arabs, and required him ‘to reverse the discriminatory ruling, which negates Israeli law.’

The Mayor of Safed, Ilan Shohat, also criticized Eliyahu’s ruling in a press release, saying that the city ‘respects every student, Jewish or Arab, who has chosen to study here.’

Considered one of Judaism’s four holy cities, Safed does not have a large Arab population left.

Last month, a number of fundamentalists distributed leaflets inciting against the Arabs in general, and the Arab students who study at the college in particular.

The leaflets also called on the Rabbis to officially declare renting apartments to Arabs as a sin.

The group also called for boycotting any Jewish person who provides the Arabs with a place to live, work, or even “brings them to the city”.

Commenting on the new Halacha, Arab member of Knesset, Dr. Ahmad Tibi, called for prosecuting and imprisoning the Rabbis who issued this ruling as this issue falls under incitement and racism.

Dr. Tibi added that several Muslims religious leaders were removed from their posts for criticizing Israel, “while some fundamentalist Rabbis are openly calling for racism against the Arabs”.

Most of the Palestinian residents of Safad were forced out of their homes and lands during the creation of Israel in 1948. It was one of hundreds of Arab cities and towns that were ethnically cleansed in during the Nakba of 1948.