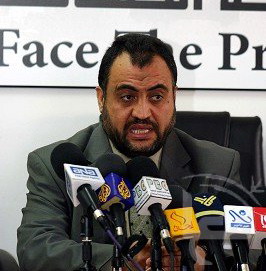 Palestinian sources reported Friday that Israeli soldiers kidnapped former Minister of Detainees, Wasfy Qabha, while heading to visit his family in Barta’a village, near the northern West Bank city of Jenin. He was moved to an Israeli hospital later on due to a sharp increase in his blood sugar level.Fuad Al Khoffash, head of the Ahrar Center for Detainees Studies and Human Rights, stated that, under an illegal Israeli military order, Qabha is not allowed into his own village, but was allowed into the village last week after his father died.

The Israeli Authorities granted him forty days, but on Friday morning Qabha was stopped at a military roadblock at the entrance of his village and the soldiers kidnapped him.

Due to his health condition, he was moved to Al Khodeira hospital, inside the 1948 territories, and a decision for his arrest was issued by the army.

His wife told the Ahrar Center that soldiers, manning the Barta’a roadblock, detained him for two hours and ordered her to leave the area.

He is currently at the Khodeira hospital, and his family was officially notified that he is “under arrest”.

Al Khuffash stated that Qabha was imprisoned by Israel for a total of seven years, and that several months ago he was released from an Israeli detention facility after spending a three-year sentence.

There are eleven elected legislators and ministers currently imprisoned by Israel.

Al Khuffash voiced an appeal to human groups and the International Red Cross to intervene and ensure the release of Qabha, especially due to his health condition.