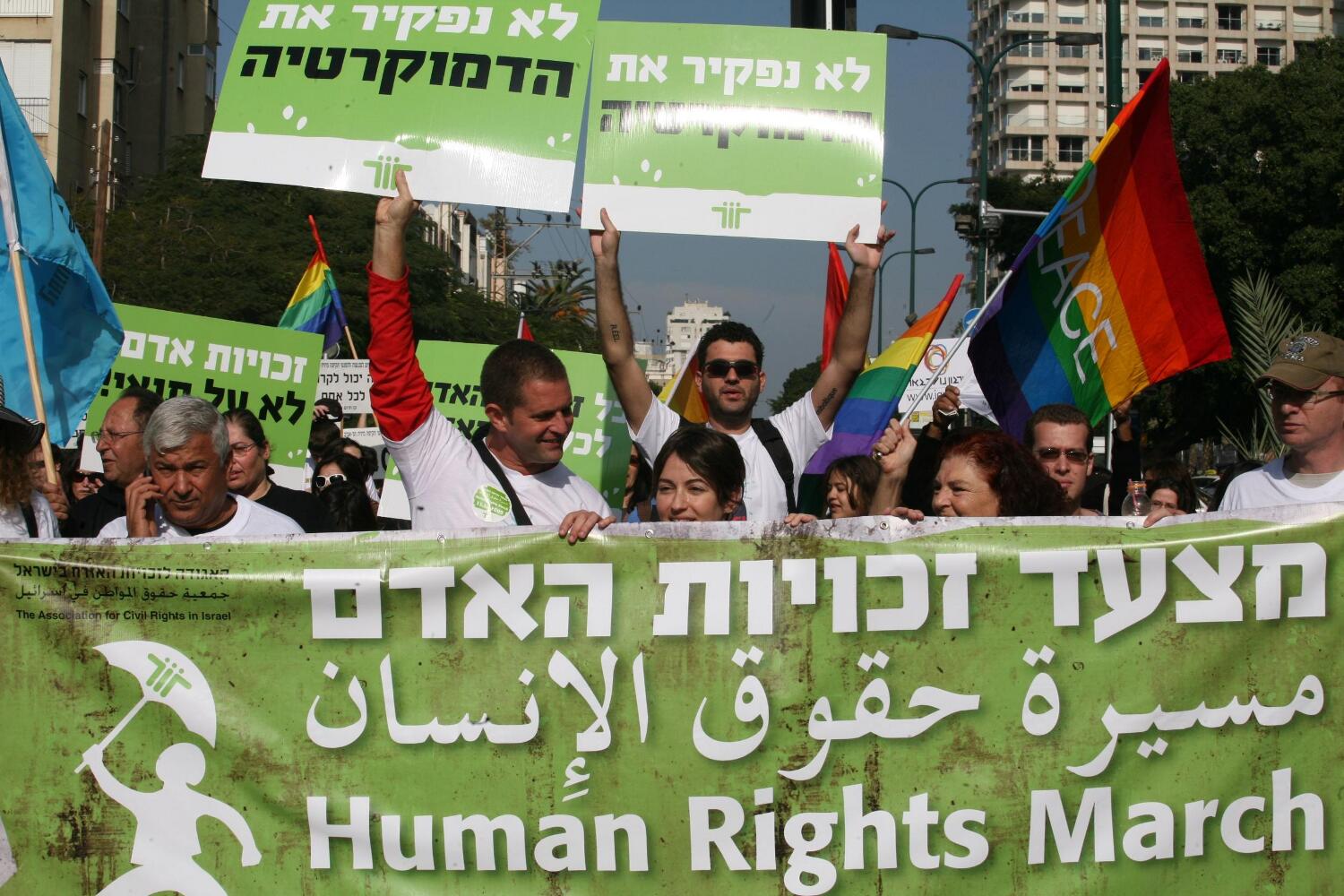 About 10,000 people marched in Tel Aviv, on Friday, on the International Human Rights Day, reports have stated. Marchers gathered in Tel Aviv, at Habima Theater, on Friday morning to protest against the growing racist sentiment in Israel which, they warned, is posing a dangerous threat to Israeli democracy.

The march, which reportedly included nearly 1,000 refugees and asylum-seekers from Sudan, Somalia and other parts of Africa, was held to mark International Human Rights Day.

More than 120 Israeli rights groups took part to the march, organized by the Association for Civil Rights in Israel (ACRI). The crowd was divided into two blocs: one for left-wing groups and one for right-wing groups. Most of the participants were however associated with the left-wing movement.

People from the right-wing side held banners reading ‘Tel Aviv + Ariel = Israel,’ Ariel being a large settlement in the West Bank, and ‘Jews also have human rights.’

The right-wing Im Tirtzu group was also represented at the march. Chairman Ronen Shoval explained its position stating: ‘ We have come with a different message: to emphasize human rights for Jews too, and farmers, and army reservists, and surprisingly, even settlers.’

Before the march, ACRI’s Executive Director Haggai Elad expressed surprise to learn about the right-wing group’s participation in the event. He said: ‘We think they have a lot to hear about rights for all humans and the march is a great opportunity for this,’

Left-wing groups participating included the Public Committee Against Torture in Israel, Adalah, Machsom Watch, Breaking the Silence and Physicians for Human Rights. Marchers on the left were joined by large numbers of foreign workers and refugees, displaying slogans such as ‘Stop the occupation’, ‘Solidarity against fascism’ and ‘Asylum seekers are not criminals.’

Haggai Elad commented to AFP: ‘It was a show of force by the human rights community in Israel marching in support of human rights, democracy and equality for all of Israel’s citizens.’

He also said: ‘What has happened over the last 18 months is very serious. Wherever you look, there is discrimination,’ adding it had been ‘a bad year for human rights’.