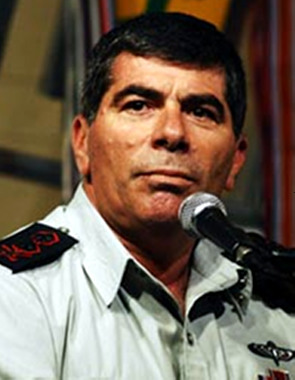 Israeli army chief has proclaimed that the next Israel’s offensive on Gaza will be ‘extensive’, a Press TV report said. Israeli army chief Lieutenant-General, Gabi Ashkenazi, stated: ‘The next round (of fighting) will be extensive and it should end in such a way where there is no doubt as to which side triumphed.’ Ynet News quoted Ashkenazi on Wednesday as he was addressing Israeli troops based near the Gaza strip.

The Lieutenant-General also pointed out the Israeli military’ is ready for a wider action against the coastal enclave.

Ashkenazi’s remarks come only days after Israeli airstrikes were carried out in different locations across Gaza.

Israel launched an all-out military offensive on Gaza in late December 2008 killing over 1,400 Palestinians, most of whom women and children.

The coastal strip has been under the Israeli-imposed blockade since June 2007, after Hamas took control of the region following democratic elections, making a disastrous impact on the humanitarian and economic situation inside the enclave.