Report on Police And Army Brutality Against Palestinian Children In Jerusalem 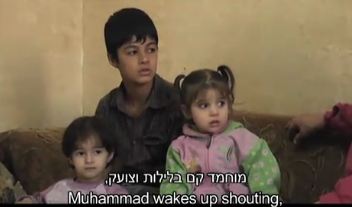 Caution: Children Ahead – The Illegal Behavior of the Police toward Minors in Silwan Suspected of Stone Throwing… This is a report by the Israeli Information Center for Human Rights in the Occupied Territories (B’Tselem).An investigation conducted by B’Tselem shows that, during the past year (November 2009 to October 2010), at least 81 minors from Silwan have been arrested or detained for questioning, the vast majority on suspicion of stone throwing. The arrests and detentions followed confrontations between Palestinians and settlers in the neighborhood, where there is great tension resulting from the taking of control of houses and archeological sites by settlers.

These confrontations intensified following the killing of Samer Sarhan, 32, a resident of Silwan, on 22 September 2010. Sarhan was shot to death by a security guard for the settlement, who contended he faced a life-threatening situation. From then until 31 October, at least 32 minors in Silwan were arrested.

Since Israel has imposed its law on East Jerusalem, the police are required to carry out their functions there in accordance with Israeli law. However, B’Tselem’s investigation indicates that the Jerusalem police repeatedly breached the law, and particularly the Youth Law, which grants minors extra rights in a criminal proceeding:

* Many arrests were made at night, by taking the minors from their beds and rushing them to interrogation at the Russian Compound, in most cases in order to obtain information on incidents that occurred a few days earlier.

* Often, the interrogators prevented the parents from being present during the interrogation, although their right to be present is enshrined in law.

* Many minors complained they were treated violently when they were taken from their home at night, and all the youths who gave testimonies to B’Tselem on their arrest by special forces reported severe violence at the time of arrest. Also, a few minors complained of violence and degradation while waiting to be interrogated at the Russian Compound.

Their complaints of violence were disregarded or treated with scorn, and in the isolated cases in which the Department for the Investigation of Police opened an investigation, it was closed without any proceedings being taken against the persons responsible. B’Tselem knows of one case in which the investigation was carried out negligently, took a long time to complete, and did not include questioning of principal witnesses.

* The police detained for questioning four minors under age 12, which is the age of criminal responsibility, meaning they are not subject to criminal proceedings. In one of the cases B’Tselem documented, an eight-year-old child was taken from his bed in the middle of the night only because his name was identical to that of another child who was suspected of throwing stones.

The throwing of stones by Palestinian minors in East Jerusalem has been widespread and has intensified over the past year, with an especially sharp rise occurring in October 2010. Silwan, which lies at the foot of the Temple Mount, is a major focus of the confrontations between Palestinians and settlers, with both sides – Palestinians primarily – throwing stones.

The police are required to deal with the confrontations in the neighborhood, but this obligation does not justify systematic breach of the law. The police’s conduct toward Palestinian minors in Silwan reflects flagrant contempt for the special protections given them as minors.

B’Tselem urges the Jerusalem Police to observe the letter and spirit of the Youth Law while coping with stone-throwing incidents in East Jerusalem. The police must immediately end the arrest of minors at night and the use of violence by special forces during arrests. The police must also ensure that minors are interrogated only in the presence of their parents, and must emphasize options for the rehabilitation of the minors and for preventing injury to them.

The settlements Israel has built in East Jerusalem constitute a violation of international law. The settlement clusters in the heart of the Palestinian population in Silwan and other neighborhoods create tension and lead to a reality of constant confrontation between the two populations. These settlements should be removed immediately.