12 Radio, TV Stations to Close in the West Bank 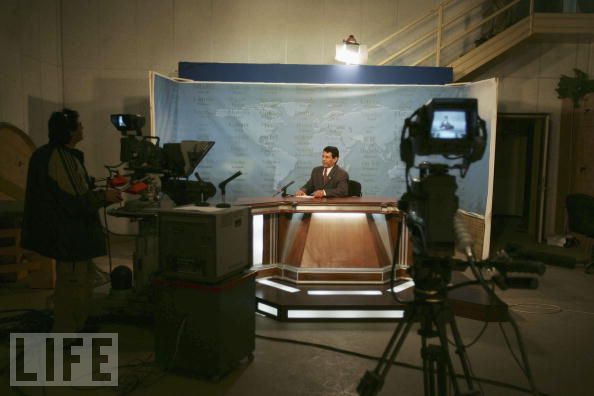 Palestinian Attorney General, Ahmad Al-Mughni, announced on Monday the closure of 12 local radio and television stations in the West Bank, Ma’an News agency said.A technical committee of specialists and consultants from the Ministries of Telecommunications, Information, and regional licensing boards, reportedly decided to close 12 radio and TV stations due to failure to abide by a new permit system following months of time allowance and re-negotiation of fees.

The Palestinian Journalist union condemned the decision accusing the committee of not giving any notice nor enough time for the stations to act upon the passage of new regulations.

Broadcasters were closed in Nablus, Hebron, Bethlehem and Qalqiliya. At least four stations were allegedly shut only in the city of Nablus.

Abdul Nasser Al-Najjar, on behalf of the journalist union, denounced the closures to be a violation of previous agreements between the broadcasters and the committee, according to which the stations would be kept open until fees were paid.

Sheikh Rida Melhis, director of the Al-Quran Radio station, witnessed PA police officers entering the building and forcing staff out. Melhis stated: ‘We asked to broadcast a message to our listeners telling them what was going on..but we were prohibited.’

In response to the allegations of failure to pay retroactive fees for the previous four years, Samih Sbeih, director of Bethlehem TV station, told Ma’an News: ‘We do not want to violate the law, neither do we like to haggle, but local TV stations have not made money in years, and we are unable to pay the fees assessed to us by the ministry,’

Sbeih regretted the move by PA officials regarding the work done by him and other local station owners as a public service providing free information and news. He wished the government would address the matter with fees better suited to independent stations.

Sbeih added: “I feel my heart torn today for the station I have worked with, lived in for the past 15 years. We saw happy times and sad times, ups and downs, as well as Israeli incursions. In 2002, we wanted to stop broadcasting for a couple of days to mourn the founder and owner of station Ahmad Nu’man who was killed by Israeli forces during the siege of the church, but our audience demanded that we continue to broadcast. Today, I find myself and 10 other colleagues unemployed,”