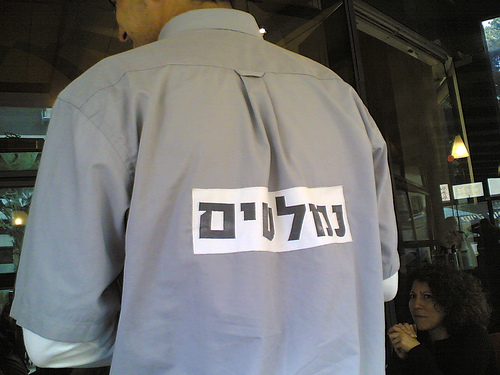 The Shin Bet security service agreed to compensate a member of the Popular Front for the Liberation of Palestine for torturing him in what the Haaretz daily newspaper called ‘an unusual move,’ sources reported on Friday. The Palestinian man, reportedly identified as Jamal al-Hindi, is due to receive an undisclosed amount of compensation for partial disability resulting from, he claims, torture by Shin Bet agents 15 years ago.

Al-Hindi, a PFLP member from Qalqilyah, was detained by the Shin Bet in 1995 under suspicion of being behind the shooting deaths of three Israeli settlers swimming near Jericho. He had previously served three prison terms his involvement with the leftist party and for kidnapping Palestinians who allegedly collaborated with Israel.

After the investigation, according to Haaretz, al-Hindi claimed he gave a false confession under duress, explaining that he had told interrogators what they wanted to hear in order to make them stop the torture. The Palestinian man added saying that his employers confirmed he had been at work, in the settlements of Alfei Menashe and Tzofim, at the time of the murder.

The allegation of murder was therefore dropped, and he spent six months in prison for belonging to the PFLP.

In a lawsuit filed after the interrogation, Hindi described the torture he underwent consisting of handcuffing, deprivation of sleep, shaking and slapping, threats of death and destruction of property.

One year later, a doctor who examined him, reportedly testified that the victim suffered a 30% psychiatric disability as a result of the torture.

After fourteen years, Haaretz paper said, the Shin Bet has finally agreed that compensation will be provided though without admitting wrong or accepting responsibility. The court would not disclose the details of the agreement.