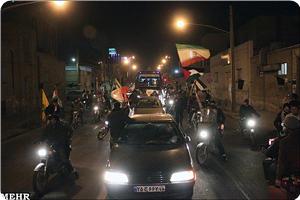 He thanked the participants and all individuals and groups that donated to the campaign.

“We want an end to injustice practices by the Zionists”, he stated, “All illegal practices must end, solidarity ships will not stop until the siege in lifted”.

The IHH will be sending, on Saturday morning, a solidarity convoy carrying more than 150 members from 22 countries around the world.

The Asian Convoy left Delhi on December 2nd passing through Pakistan and Iran, and is expected to pass through Syria on its way to Al Arish Egyptian Port before heading to Gaza on December 27 as convoy members plan to enter Gaza on the eve of second anniversary of the war on Gaza.

1419 Palestinians, most of them civilians, including children and elderly, were killed during the war and approximately 4000 were wounded. The army bombarded homes, medical facilities, education facilities, UNRWA facilities and schools.