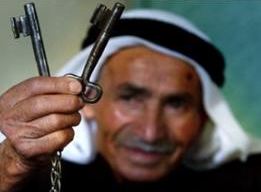 The Higher Committee issued a press release on Sunday stating that this conference violates all international principles, and the legitimate rights of the Palestinian people, and also harms and violates the sovereignty of Jordan.

It also stated that this conference “is part of the Zionist agenda that aims at creating an alternative Palestinian state in Jordan”, and emptying the land of Palestine from its native Arab and Palestinian people.

Two months ago, Eldad told the Arutz Sheva Hebrew language service, that this conference is meant to present an alternative to the two-state solution, and that “Jordan is already a Palestinian state as nearly %70 of its residents are Palestinians.

He added that “Jordan must be internationally recognized as Palestine, and not just a de-facto”.

Meanwhile, the Higher Committee stated that the “Zionist entity must be eliminated as it was created on the basis of racist and illegitimate agendas”.