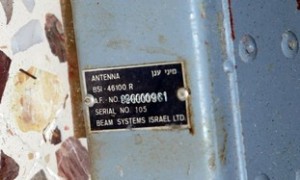 The Lebanese Foreign Ministry filed an official complaint to the United Nations Security Council against Israel for implanting spy devices on Mount Sannine, in the upper Metn Region, and in Barouk Mountain in the Shouf region.The Lebanese army located the Israeli surveillance equipment recently and considered the issue as an Israeli violation of Lebanon’s sovereignty and the sovereignty of its security devices.

The Lebanese army released on Thursday a number of pictures of the located spy devices with markings in Hebrew and in English. One of the pictures showed a sign saying “Mini Cloud” In Hebrew, while another picture showed “Beam Systems Israel LTD”, in English.

The National News Agency in Lebanon reported that the complaint was filed due to Israel’s disrespect and disregard to a number of UN resolutions, especially Security Council Resolution #1701.

Last Thursday, Lebanese president, Michel Suleiman, saluted the close cooperation between the Lebanese Army and Hezbollah Party, and stated that this cooperation led to the discovery of the spying equipment.

On Wednesday at night, the Israeli Air Force fired a missile at a location near Sidon City. It was revealed later on that the bombarded target contained a sea-based spying devices, the Ya Libnan Lebanese website reported.