Teenage shepherd shot and injured by Israeli troops in Gaza 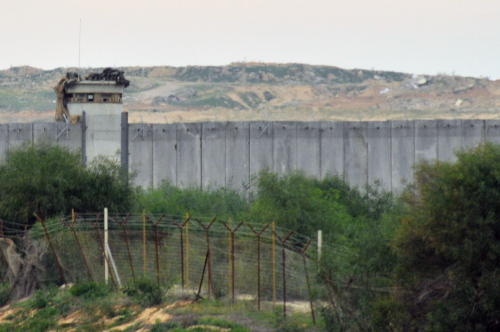 On Sunday, Israeli soldiers stationed on the northern border between Gaza and Israel shot a Palestinian shepherd, 19, who was herding his sheep and allegedly came ‘too close to the border’.Over the last two years, Israeli forces have expanded the zone which they term the ‘kill zone’ along the border with Israel. Previously that zone was 50 – 100 meters, now in some areas it is up to 500 meters, much of that land agricultural fields, orchards and sheep-herding areas.

The teen was identified as Ijmei’an Abu Ihweishel, and he was shot in the leg by snipers stationed at Israeli guard towers along the border.

The Israeli military made no comment on the incident, which comes just one day after Israeli forces killed 5 Palestinians who they claim were Palestinian resistance fighters in Gaza.

At least 50 Palestinian civilians have been killed in these so-called ‘kill zones’ in northern Gaza in the last two years. The expansion of the ‘kill zones’ are not announced publicly, and the only warning that Palestinians receive that the zone has been further expanded is live fire by Israeli troops along the border.