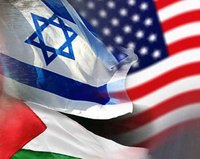 Israeli daily, Haaretz, reported that Netanyahu stated that peace talks were not stalled due to what he called “delegitimization campaign against Israel”, adding that “the peace process was impacted by the attacks against the very existence of the Jewish state”.

He claimed that boycott campaigns, and other political moves against Israel, are not related to Israel’s settlement activities in the occupied territories.

The Israeli Prime Minister went on to say that the origin of these attempts is not based on what happened in 1948 or 1967 (referring to Israel’s establishment in historic Palestine in 1948, and its occupation of the rest of Palestine in 1967).

He failed to address core issues such as the Right of Return of the Palestinians who were pushed out of their homes and lands when Israel was established, Jerusalem, borders, natural resources and other core issues.