As Bethlehem Readies For Christmas, All Markets Declared Free Of Settlement Products 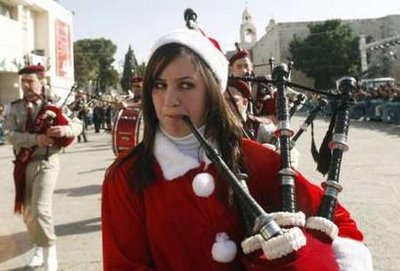 During a special meeting with heads and officials of government institutions, and mayors in the Bethlehem district, Bethlehem Governor, Abdul-Fattah Hamayel, stated that as Bethlehem readies to celebrate Christmas, its markets are now 100% free of Israeli settlement products. At the beginning of the meeting, Hamayel sent his Christmas wishes and greetings to the residents of Bethlehem, the birthplace of Jesus Christ, and stated that the city is ready to celebrate Christmas as it conducted all needed arrangements in cooperation with civil society institutions, and private sector organizations.

“Despite the current difficulties, and the ongoing occupation, Bethlehem is ready to welcome Christmas”, the governor stated.

He added that Bethlehem, as well as every Palestinian area, is free of all Israeli settlement products, and added that the city is considered a vital area as it links between the northern and southern parts of the West Bank.

Dannoun thanked all institutions and youth programs for their continued efforts to ensure the city is free of all settlement products.

Meanwhile, Deputy Mayor of Bethlehem, George Sa’ada, presented a detailed report on the situation in Bethlehem, and Christmas preparations despite the financial crisis of the City Council.

Security, Police and health officials also presented the special plans put forth to ensure smooth and joyous holiday season in the City of the Nativity.