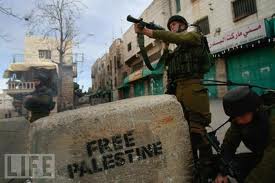 Israeli army shot at two young men in city of Hebron on Thursday morning, the PNN claimed.Israeli military opened fire on two Palestinians in the area of Wadi al-Gharous, in Hebron, on a road leading to the Kiryat Arba settlement.

Live ammunition was reportedly fired at two men identified as Isma’il Salah Ali al-Jabari, aged 20, wounded in his chest and legs, and Muhammad Amer Sabahi al-Jabari, also 20, in his head. The two were traveling in a car at the time of the firing.

No other information is known about the shooting. It is the first incident of this kind in the West Bank in over a month time.

Meanwhile, it was also reported that Israeli troops invaded the village of Tarqumiya, west of Hebron, and set up checkpoints at the entrance of Deir Samat village.