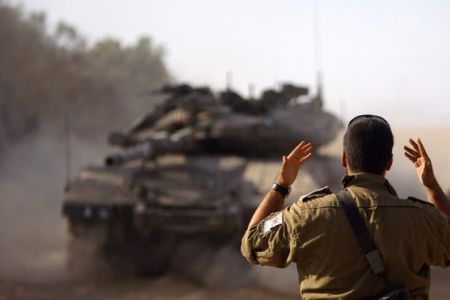 The Israeli army fired at four Palestinian farmers and shepherds in the northern part of the Gaza Strip on Thursday, killing one and wounding three, local sources reported.Troops opened fire on a number of Palestinians, leaving four of them wounded. After being brought to the hospital, 22-year old Salamah Abu Hashish succumbed to his wounds. He had been shot in the back by Israeli troops stationed at the border.

Another of the victims was a 14-year old boy who was critically injured when he was shot in the head while collecting rubble near where Abu Hashish was tending his sheep.

Abu Hashish is the 13th Palestinian to be killed in the border area since November, according to local medics.

Many Palestinians, including women and children, search through the debris at the sites of the former Israeli settlements in Gaza. The scavengers sell the materials they find, as a meager source of income in the midst of the Israel-imposed siege on the coastal enclave.

In the border area, declared by Israel to be a ‘restricted’ zone, troops often shoot at the rubble collectors.

The all-out land, air and sea blockade has been depriving the Gazan population of food, fuel and other necessities since mid-June 2007.