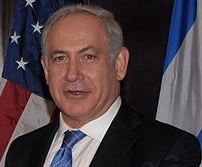 Israeli Prime Minister, Benjamin Netanyahu, claimed that the International Community understands that the Palestinians, not Israel, are responsible for obstruction the efforts to achieve peace in the Middle East.Talking to a number of Russian reporters, Netanyahu said that his government is ready to move forwards in the peace process, and claimed that the Palestinians, influenced by Iranian pressure and internal unrest, are the ones obstructing peace.

The Israeli Prime Minister also claimed that the world came to the conclusion that Iran is the main problem in the Middle East, and not the Israeli-Palestinian conflict.

Referring to prisoner-of-war, corporal Gilad Shalit, Netanyahu said that the Israeli government is always acting to ensure his release.

Shalit was captured by Palestinian fighters in June of 2006 during a raid targeting an Israeli military base near the Gaza border; two soldiers and two fighters were killed in the attack.

Shalit is the only Israeli prisoner in Palestinian hands while Israel is holding captive more than 8500 Palestinians.