UN: “Both Israel And Hamas Want Calm In Gaza” 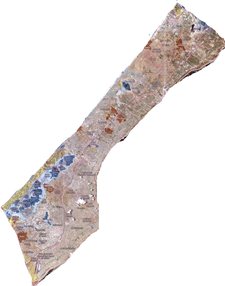 The United Nations reported Thursday that both Israel and the Hamas movement in Gaza are interested in calm, and are not seeking tension in the Gaza Strip or around it.
The UN also called for an end to all military operations “on both sides”.UN special Middle East peace envoy, Robert Serry, said in a statement that both parties clearly stated that they do not want any escalation, and want to maintain the truce.

He also called on all parties to end all actions that could lead to violence.
On the ground, one Palestinian was killed Thursday, and three others were wounded by Israeli army fire, near the border fence in northern Gaza.

An Israeli army spokesperson stated that soldiers opened fire at four Palestinians “after they refused to leave the area”.

The Israeli army usually opens fire at any Palestinian who approaches the border fence area, an issue that led to dozens of casualties.

Most of the Palestinians who approach the area are either working in the lands or
collecting debris or scrap metal.

Israel enforced a so-called “buffer zone” along the border with Gaza to prevent the Palestinians from reaching the border fence. This zone led to the demolishing of dozens of Palestinian homes.