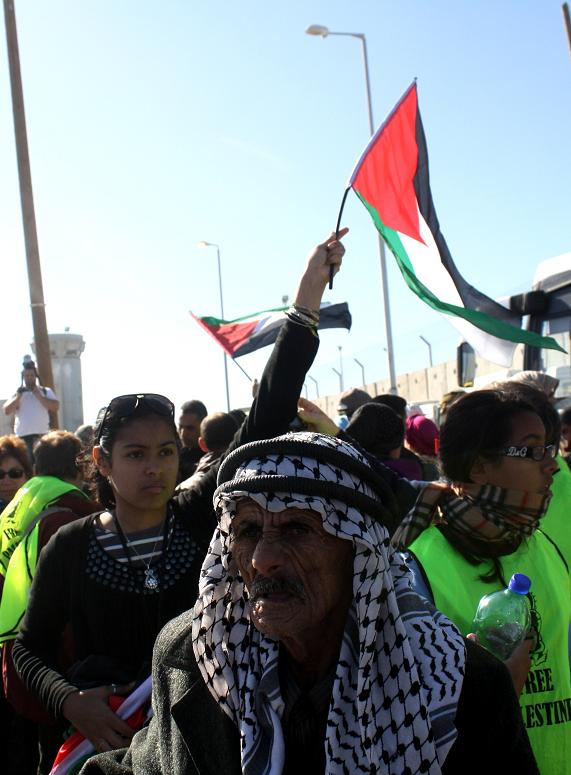 The Israeli troops operating at the military checkpoint of Qalandia, north of Jerusalem arrested nine French protestors and assaulted others at the checkpoint, Sunday at noon.The nine arrestees were taking part in a protest at the checkpoint expressing their solidarity with the Palestinian people and their rejection to the closure of Jerusalem by the Israeli authorities.

The protest started around 9:30 Sunday morning during which over 100 Palestinian and International protestors attempted to enter Jerusalem without permission from the Israeli soldiers.

Eyewitnesses told IMEMC over the phone that Israeli troops assaulted the protestors and beat them up with their batons and rifle buts wounding a number of them, including those who were arrested.

A major part of the protestors are part of a french delegation who came especially for a week of nonviolent activities over the Christmas week in coordination with a number of local organisations directly involved in popular resistance activities, in Beit Sahour and Bethlehem.

On Saturday three members of the group were arrested when they joined Palestinians to protest the closure of Al-Shuhada street in the city.

They also joined Palestinians in Al-Walaja village near Bethlehem on Friday to protest the ongoing settlement activities in the village.