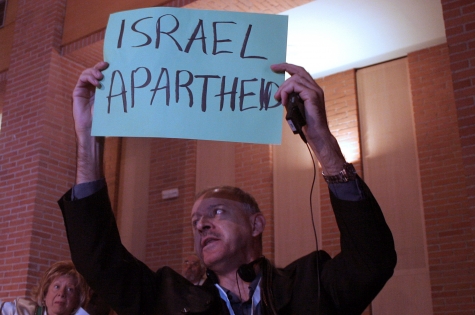 Israel announced it will boycott a 2011 UN summit commemorating the 10th anniversary of the Durban declaration against racism, the Middle East Monitor said on Monday. Israel motivated its decision on the basis that the Durban conference has been a platform for ‘anti-Semitism and attacks against Israel’.

The Foreign Ministry pointed out that Israel will not take part to the 2011 summit as long as it is defined as part of ‘the Durban process’. Despite its non-participation, the Israeli government plans to monitor the planning of the 2011 event in a move to confront what it perceives as the ‘actual racism’ prevalent around the world.

The UN General Assembly voted, in September, to hold the 10th anniversary conference. The event will cover racism and racist discrimination, including Israel’s policies in the Occupied Territories.

The Israeli state was called ‘racist’ in Durban in 2001 for its discriminatory policies. Israel walked out of the conference, at that time, due to alleged ‘anti-Semitic undertones and displays of hatred for Israel and the Jewish world’.

Israel also boycotted the second ‘Durban conference’, held last year, in Geneva. Canada, the US and Australia joined the boycott arguing that the conference had turned into a platform for attacking Israel.