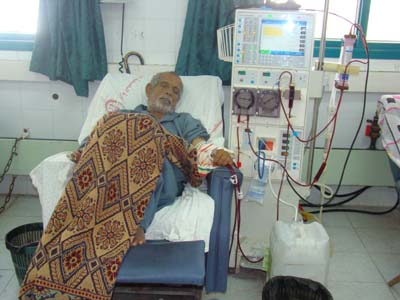 December 27, 2010, marks the two-year anniversary of the beginning of Operation Cast Lead, Israel’s 23 day offensive on the Gaza Strip. This offensive – the single most brutal event in the history of the occupation – was characterised by systematic violations of international law. Its aftermath has been characterised by pervasive impunity.

In total, 1,419 Palestinians were killed. 83% of the dead – the overwhelming majority – were civilians, the so-called ‘protected persons’ of international humanitarian law. A further 5,300 were injured, and public and private property throughout the Gaza Strip was extensively targeted and destroyed.

The Palestinian Centre for Human Rights (PCHR) notes that in the two years since the offensive there have been no concrete steps taken towards the fulfilment of victims’ legitimate rights to the equal protection of the law and an effective judicial remedy. Customary international law and the treaty-based obligations which all States have entered into are unequivocal: if a war crime has been committed, those responsible must be investigated and prosecuted in accordance with international standards. They must be held to account.

Numerous reports of international and national human rights organisations – including those of the UN Fact-Finding Mission on the Gaza Conflict (the ‘Goldstone Report’), the Independent Fact-Finding Mission mandated by the Arab League, Amnesty International and Human Rights Watch – concluded that war crimes were committed in the Gaza Strip, and noted that criminal accountability must be the legal consequence.

The Goldstone Report detailed explicit mechanisms to ensure such criminal accountability. As required by customary international law, genuine domestic investigations must be initiated. After six months, if these investigations failed to comply with international standards, the Security Council – acting under Chapter VII of the UN Charter – must refer the situation to the International Criminal Court.

It is now two years since the offensive, and no effective domestic investigations or prosecutions have been initiated.

As PCHR has documented, Israel has systematically failed to ensure accountability. In the two years since Operation Cast Lead, the actions of the Israeli authorities have been characterised by a desire to shield those responsible from justice. Only three soldiers have been convicted of committing offensive-related crimes. One soldier was sentenced to seven-months in jail for the theft of a credit card. Two other soldiers were convicted of using a 9 year old boy as a human shield. They were given a 3 month suspended sentence.

This is an insult to victims and to the universal rule of law.

The rule of law, and victims’ rights, have been sacrificed in the name of politics.

This situation must not be allowed to prevail.

The consequences of impunity are evident in the continuing and escalating violations of international law committed in the occupied Palestinian territory.

The consequences of impunity are evident in the fact that the entire Gaza Strip continues to be subject to an illegal closure. For over 3.5 years, 1.7 million people have been collectively punished and cut off from the outside world. Impunity, and the international community’s failure to prevent this ongoing crime, has resulted in the distinct possibility that the closure will become institutionalised, and effectively endorsed by the United Nations and the international community.

The consequences of impunity are evident in the expansion of illegal settlements in the West Bank; in the continued construction of the Wall; and in the house demolitions and evictions carried out in occupied East Jerusalem.

Equally, the consequences of sacrificing the rule of international law in the name of ‘political progress’ are evident in the abject failure of the Oslo process.

It is imperative that the international community fulfil its legal obligations, and ensure respect for international law. Those suspected of committing international crimes must be investigated and prosecuted. Israel must be held responsible for its internationally wrongful acts.

Impunity serves only to encourage continued violations of international law. Without accountability, how can the civilians of the Gaza Strip feel safe again?