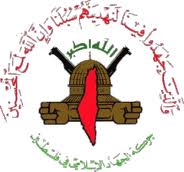 The Islamic Jihad movement in Palestine never participated in any government, and always absented from all local, national and presidential elections.

Hamas leader, Haniyya, is consulting with different factions to form his new government in the Gaza Strip, an issue that was criticized by the Fateh movement that considered the decision as increasing internal rifts and divisions.

Furthermore, the Popular Struggle Front, an independent group under the umbrella of the Palestine Liberation Organization (PLO), also said it will not join the government and that it will only join a government after national unity is achieved.

The Front also urged Hamas and its leader Ismail Haniyya not to form the new government shuffle as stated that this step would increase the division with the West Bank.

Hamas in Gaza started sending envoys to hold talks with different factions and independent figures asking them to join the government and offering them positions.

In 2006, Hamas achieved an overwhelming victory in the national elections; its majority was sufficient to enable it a government on its on.

Maintaining its elected majority, the movement tried to form a unity government, but Israel and the United States led an international campaign to isolate it.