Five Palestinians Arrested During Night Raids in the West Bank 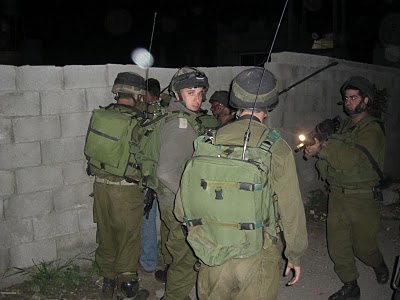 In addition, a police public relations spokesman said in a statement that Israeli police attacked and hit a woman and her son, who have not being identified. They were both taken into a local hospital.

In Nablus, Israeli military searched the home of Muhannad Attallah Hussein, age unknown, and detained him after the raid.

On Thursday evening, Muawiyya Ahmed al-Najar, 27, and Muhammad Ahmed Saeed Salah, 25 were also arrested in the village of Dhahiya Shawikeh, near Tukarm, in the northern West Bank.