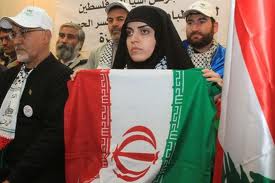 Egypt stopped activists on the Asia 1 aid convoy from reaching the Gaza Strip, an Egyptian daily newspaper quoted in Press TV reported on Thursday.Around 50 Iranian and Jordanian activists aboard Gaza-bound Asia 1 were banned from entering the Strip, after Egyptian diplomatic sources in Damascus informed the convoy of a permit to allow only 120 activists to pass through Egypt, via el-Arish port.

Egypt was also reportedly impeding entry of 10 generators donated by Iranians. The move is thought to reduce the humanitarian convoy to below 300 tons, and limit the goods allowed in the coastal enclave to food and medicines.

Activists on the Asia 1 come from more than 15 countries including Iran, India, Japan, Indonesia, Pakistan, Malaysia, New Zealand and Kuwait.

The aid convoy was expected to reach Gaza by December 27, in time for the second anniversary of Israel’s December 2008-January 2009 attack on the Strip. The convoy has travelled 7,000 kilometers but was blocked last week in Latikia, in Syria, while waiting for Egypt’s permission.

Gaza has been under Israel-imposed blockade since 2007. The siege, which also denies the entry of building materials into Gaza, resulted into destruction of half of Gaza’s infrastructure which today remains unrepaired.