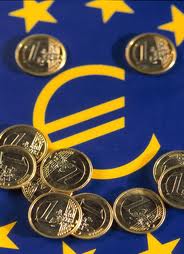 The European Union’s financial help is aimed to sustain the public services provided by the P.A. as well as to build state institutions of the future Palestinian state.

The new €31million financing package will continue to support strengthening institutions in sectors such as justice, security, economic and financial management, and social development.

The funding is part of a wider €71 million investment package targeting crucial sectors such as governance, infrastructure and private sector development. It is also meant to integrate EU direct financial support through contribution to the payment of the PA civil servants’ pays and social benefits.

Christian Berger commented: ‘This progress is a clear sign that the P.A. is succeeding in its aim of building the institutions of the future independent Palestinian State, but also promoting the economy, and public financial management. We will continue our support to the government’s two-year plan toward achieving these goals.’

Since 2007, the European Union has given full support to Palestinians, including civil society organizations and refugees, at the average of €500 millions per year. E.U. financial help assists major reform and development program developers in key ministries, and contributes to setting the foundations for the Palestinian Authority statehood, in line with Fayyad’s proposed plan of August 2009.