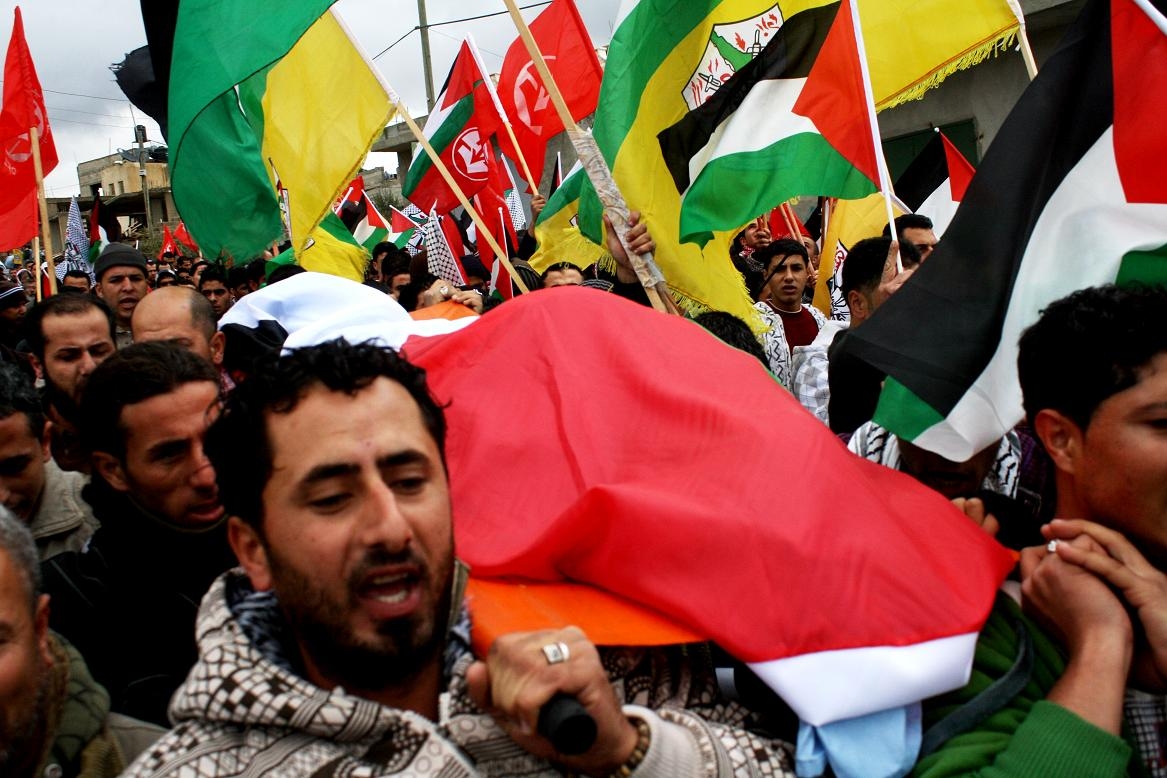 Jawaher Abu Rahma, aged 35, died on Saturday, after suffering the effects of tear gas inhalation fired by the Israeli military during the Friday weekly protest in Bil’in. Medical sources reported that the cause of the death was suffocation from tear gas chemicals mixed with phosphorus.Hundreds of Palestinians, internationals and Israeli peace activists attended Abu Rahma’s funeral in a procession through the village of Bil’in on Saturday, in which residents released a statement condemning the death.

“The loss of Jawaher Abu Rahma makes us feel more determined to continue to resist against the illegal settlements and the apartheid wall, until the residents of Bil’in achieve justice and freedom and can live in peace,” the statement underlined.

Bil’in popular committee spokesman Jonathan Pollak said in a statement that Abu Rahmah arrived at the Ramallah hospital unconscious, after being poisoned by an active ingredient in the tear gas, and doctors were unable to revive her.

“She did not die because of a lack of medical treatment, but because Israeli forces used a lethal tear gas banned in several European countries,” Pollak added.

Although several sources reported that Jawaher was taking part to the nonviolent protest on Friday, local witnesses claimed that she was not attending the demonstration, as she was in her home, approximately 500 meters away from where the gas canisters landed.

Jawaher Abu Rahma was the sister of Bassem Abu Rahma, who was also killed after being hit by a tear gas canister in 2009 during a nonviolent weekly demonstration against the Annexation Wall in Bil’in.

On Saturday, the Israeli army stated that they would investigate the death of Abu Rahma, without giving any other explanations, Ma’an News reported.