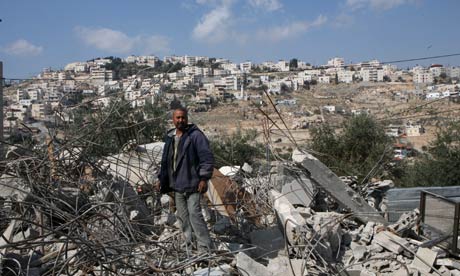 The Palestine Liberation organization (PLO) issued a report this week documenting Israeli human rights violations against Palestinians during 2010.According to the report, 107 Palestinians were killed by Israel and 145 homes were demolished. The Israeli government also approved 16,479 homes in West Bank settlements. Additionally, four hundred Palestinians were arrested during invasions of Palestinian communities.

Among those killed by Israel during 2010, 10 were children, 4 women,2 political detainees in Israeli jails, and 9 Turkish nationals, who were killed during the Israeli navy attack on the aid ships going to Gaza.

The Israeli army confiscated 4,826 dunums of Palestinian land from different parts of the West Bank and East Jerusalem. During 2010, the Israeli government approved 16,479 new homes in West Bank settlements, with 13,000 already under construction.

The Israeli government demolished 145 Palestinian owned homes in the West Bank and East Jerusalem. In addition, 190 huts, farmhouses and water cisterns were destroyed during 2010.