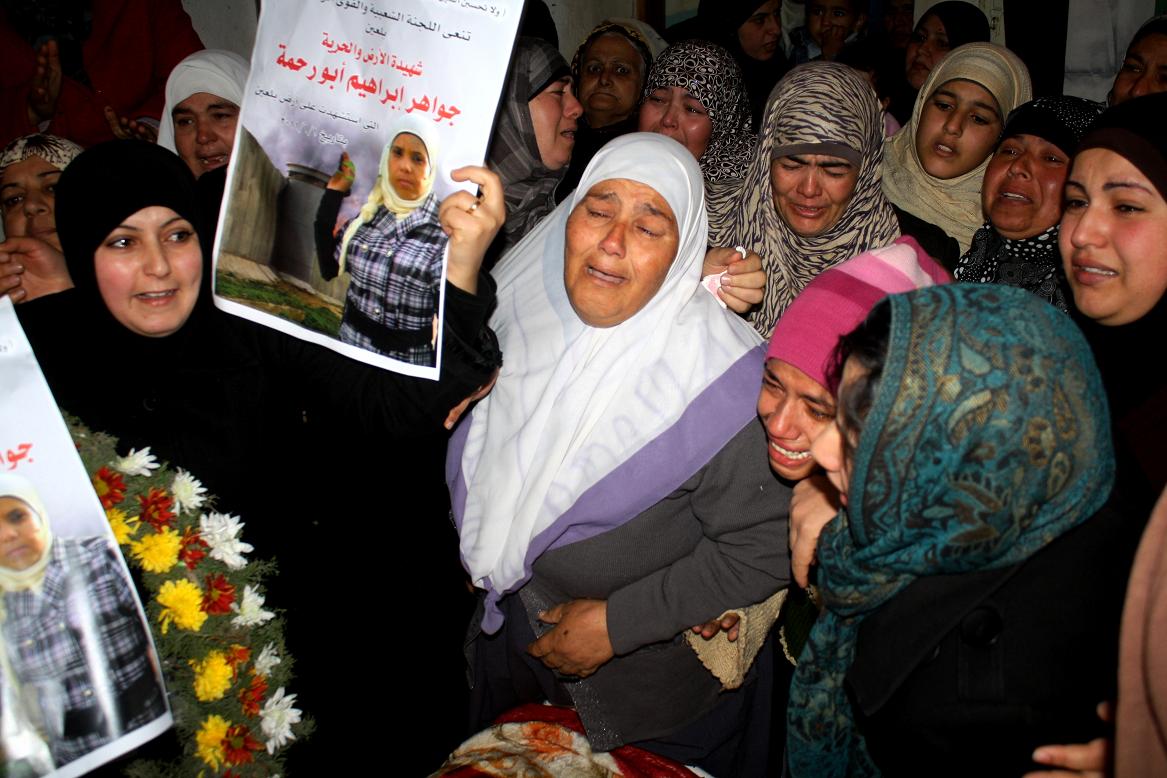 Israeli daily Haaretz said the Israeli military issued a report stating that they ‘find inconsistencies in medical report over the death of Jawaher Abu Ramah.’ According to military sources, the medical report contradicts the family’s version of facts, and there is no clear evidence that she died from inhaling tear gas fired by the troops during the Friday protest against the Annexation Wall in Bil’in. The military stressed there is no proof that she was even participating in the demonstration.

In the recent days, there have been some contradictory information leaked about the death of Jawaher Abu Rahma. While her family members say she died in the hospital, military sources claim she died at home.

Nevertheless, Bil’in residents as well as Israeli and international activists criticized all information provided by Israeli army specifying that the army is trying to find any kind of argument to avoid accountability for Abu Rahma’s death.

Eyad Brunat, member of Bil’in’s committee against the Wall and settlements, told Palestine News Network, “The army is trying to cover-up their crime. Jawaher was watching the protest on Friday from a nearby location; we have medical report and an ambulance crew report saying she died after inhaling a large quantity of tear gas,”

In addition, Bil’in popular committee spokesman Jonathan Pollak, speaking to the Israeli Ynet News, claimed, ‘I saw that Jahawer took an active role in the protest, I saw how they put her in the ambulance that took her to the hospital. I know with certainty that she arrived there and stayed there, and later died at the hospital.’

‘According to people I spoke with, [Abu Rahmah] was at the demonstration on Friday but not at the forefront of the protesters,’ he said. ‘After she was injured by the tear gas, she was taken to the village and then transferred to an ambulance. An operational investigation cannot produce reliable findings; therefore we demand a criminal investigation by the military police,’ Haaretz quoted.

Palestinian President Abbas joined the condemnation of the death and regarded it as a ‘new Israeli crime carried out by the occupation army against our helpless nation.’